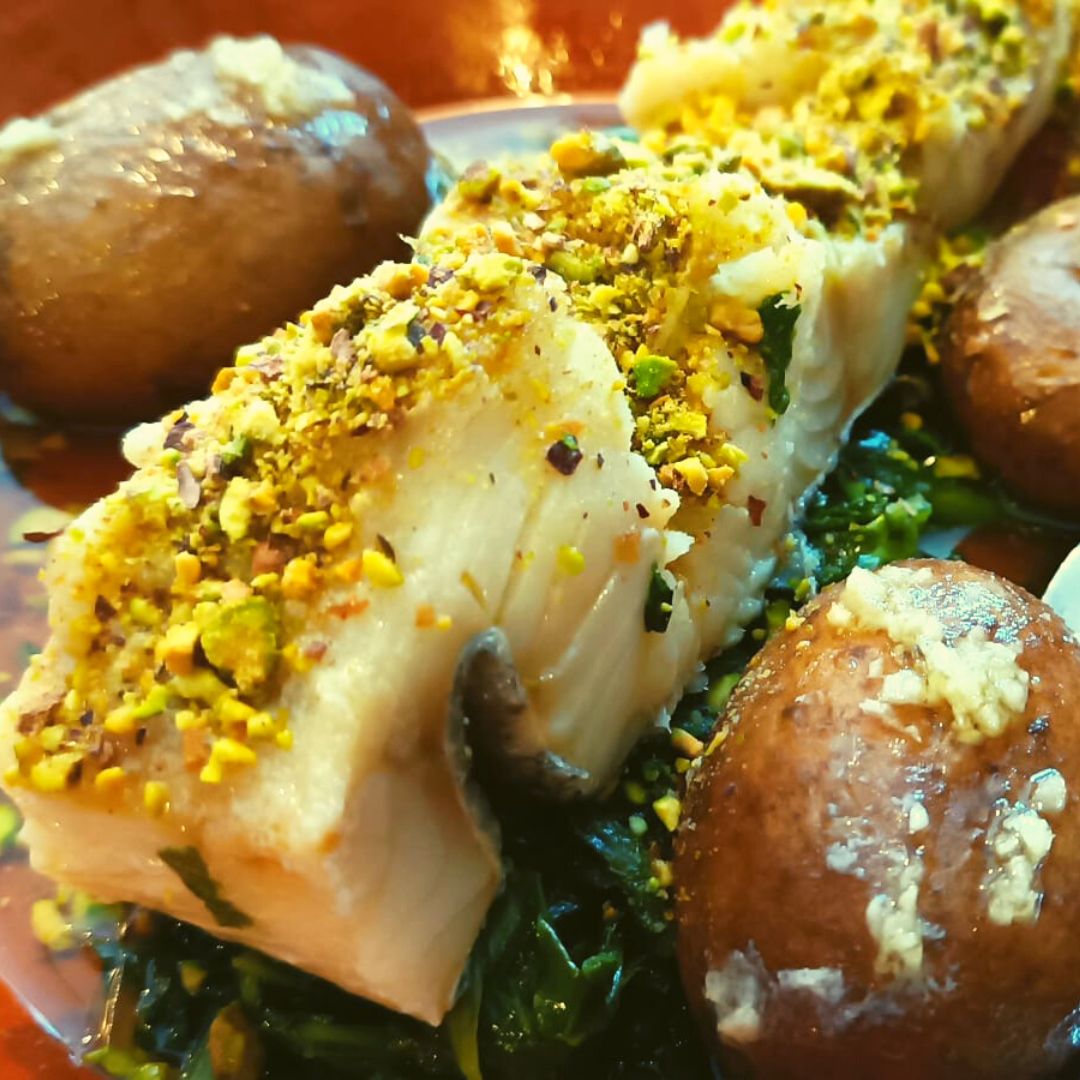 Traditional Portuguese meals start with soup, are followed by the main course (that includes potato, rice, or pasta), and are finished with dessert and “coffee with a scent”. But regarding Portugal Foods and Portuguese eating habits, there’s so much more to tell you about.

For instance, did you know that Portugal is a top European rice lover? And that it is common to find both rice and potatoes as side dishes on the same plate? Or that we have our own (optimized) version of fast food, which is called “churrasqueira”?

Stick with us as we share more interesting facts about Portugal Foods and Portuguese eating habits.

1. There is nothing more important to the Portuguese than food

And nothing makes Portuguese happier than talking about food while eating. Sit down to a meal with a group of Portuguese friends and, before the food reaches the table, you’ll find yourself:

True story! We are also known for our lengthy lunches. After all, there’s no need to rush.

2. Transforming frugal foods into amazing dishes – we consider this to be our gift

One of the things that visitors find most striking when they visit Porto and the north of Portugal is our ability to create dishes out of any part of the animal. In fact, when it comes to pigs and cows, we eat them from head to toe, including heart, liver, and tongue! Literally, nothing goes to waste. Some say that this is the Portuguese way to honor the death of the animal.
You will generally find these delicacies in delicious stews that are most common in the North of Portugal. Like the steamed beef tongue, a traditional Sunday meal to gather all the family together. You will be surprised by how flavorful Portugal foods are.

3. Our love of pork is legendary

Nothing makes Portuguese happier quite like eating insane amounts of Cozido À Portuguesa (Portuguese National Dish) during Carnival season. It’s delicious! Even though you might find it weird, at first, to see those big platefuls of boiled-up meat and vegetables, with pig’s ears and noses poking out, we assure you there’s nothing to worry about.
In fact, we love pork so much that we managed to add it to our desserts. Don’t believe it? World, meet bacon pudding!

4. Most Portuguese do have a sweet tooth

Portuguese Custard Tarts (Pastéis de Nata) are just the beginning. Have a look at our Ultimate Guide to Sweet Portuguese Pastries and dare to try the sweetness ahead.

5. Second Breakfast is a thing

It is a daily ritual to take a short break with a cup of coffee and a sweet pastry in a place called “pastelaria” (pastry shop). In fact, Pastelarias are part of the furniture in Portugal since work breaks (or any other event whatsoever) are always around food.

6. It is always acceptable to ask to share a dish

Wherever you are. Another thing that is quite common is: if you don’t want to eat it all, put it in a napkin and save it for munchies later. You can also ask the waitress to “wrap the rest of the food up” to bring home. Nothing goes to waste, remember?

We like to eat them any time during the day: simple or with butter for breakfast, with cheese or ham for lunch, with chocolate or egg cream filling for dessert. The miniature version of it pairs perfectly with a coffee.

8. We have a thing for canned fish as well

As a meal or as a snack, can’t beat our Portuguese canned sardines. World War I and World War II originated the boom in this industry, of which Portugal used to have hundreds of factories, playing a massive role in the country’s economy and food culture. Today not so much but it is still common to enjoy a glass of wine from Vinho Verde wine region along with some traditional canned fish. Join our Vintage Food Tour in Porto and explore the canned fish history of Portugal.

9. Despite its humble origins, Portuguese gastronomy is rich because necessity is the mother of invention

The diminutive size of Portugal, a land area about the size of the U.S. state of Indiana, might suggest that there is not much culinary diversity. Nothing could be further from the truth and you’ll start to notice that if you cross the country from North to South or fly to the islands. There are almost as many types of sausages, bread, cheese, wine, beer, and conventual sweets … as there are geographical regions.

10. There are no two recipes alike

Portuguese recipes have been passed down through the centuries, from generation to generation, by word of mouth. That’s why it is so difficult to find two recipes alike, even for the simplest Portuguese foods and dishes.

11. The steamy beverage of choice in Portugal is coffee

An afternoon spent sipping cimbalino (what we call “coffee” in the north of the country) on a café terrace is an essential Portuguese experience. At the end of a meal, it’s also common to order “coffee with a scent” (café com cheirinho). A perfect match! “Only for the brave ones”, some might say.

12. Coffee plays a big part in our social life too

Coffee is so much more than just a beverage on its own. We like to call it a social enabler of thoughtful conversations: one invites a friend/coworker/acquaintance for a cup of coffee for no particular reason or to share something special at any time of the day. In essence, it is our way of keeping social interactions amidst busy days packed with to-do lists. Sometimes we invite someone out for coffee but no one is having coffee. It’s just an expression!

And for those 4 people in the country who don’t drink coffee, another warm drink is served (carioca de limão) in the same cups as coffee, so that they don’t feel completely left out of the social importance of coffee drinking.

13. In Portugal, winter blues are cured every Sunday with an “Assado”

If your journey to find the tastiest foods of the globe hasn’t led you to the Portuguese Sunday Roast yet, you should rethink your next getaway! Sunday roast in Portugal is an intimate ritual where families sit down to catch up over a great meal. It can take up to 3 hours and we just love it!

14. It is common to find both rice and potatoes as side dishes on the same plate

A high-carb combination that provides you with the energy to start your exploration of Portugal.

15. Every meal starts with bread and soup

So central to Portuguese culture that is present in every meal. The Portuguese cannot live without bread… or soup. Whether it is warm or cold outside, no matter whether it is lunch or there is a full dinner table of food, it is always a good time for soup. And no soup is more famous in the north of Portugal than Caldo Verde. This Portuguese eating habit explains why the only Mcdonald’s that offers homed soup on the menu as a replacement for french fries is the ones you find in Portugal.

Way before McDonald’s arrived in the country, Portuguese families would go to a churrasqueira – our healthy (?) version of fast food. Have you ever been to a Churrasqueira and ordered Portuguese-style grilled chicken? Give it a try!

17. Olive oil is the backbone of the Portuguese cuisine

And one of the major ingredients of our diet. Visit a Portuguese house and we assure you that you will find a bottle or two on the table. In fact, Refogado – a mixture of olive oil, onions, and garlic – is the basis for most Portuguese meals.

18. Wine consumption in Portugal is one of the highest in the world

This does not mean that everyone is getting drunk! This statistic is based on the fact that most people drink one glass of wine for lunch and dinner, something that, in moderation, has been proven to be good for the heart! Cheers or, as we say in portuguese, “À Nossa”!

19. June is the month when people in Portugal celebrate the patron saints of their cities

20. The proximity to Spain has given rise to a misconception about Portugal Foods and Portuguese gastronomy

Some people say both gastronomies are quite similar. While it is true that the two countries share common ingredients (onions, garlic, olives, tomatoes, rice and fish) as well as cooking methods, there are many distinctions between the two.

21. The relationship between the Portuguese and cod is a passion with centuries of history

If you won’t find bacalhau (salted cod) in Portugal, then bacalhau will find you. Portuguese invented around 365 ways of making cod. So there’s no way you are getting out of the country without eating it.

Being a country located by the sea, Portugal does its best to enjoy everything the sea has to offer:

Therefore, we are big on seafood in all its magnificence. During summer you can easily indulge yourself in a seafood bonanza but you won’t find any difficulties in finding freshly grilled fish all year round.

23. First, we eat, then we do everything else

Portuguese are not gluttons – they are explorers of food. The only thing they like better than talking about food is eating. And the Portuguese language is full of funny words and sayings that prove exactly that. Check out the Compendium of 50 funny food-related Portuguese expressions we’ve just created.

24. Portuguese food is all about slow cooking

Spending time around the cooking pots, while sipping some wine, gossiping with our moms, and waiting for the meat to roast or the clams to open. Portuguese food is all about patience.

25. We defend tooth and nail our gastronomy (literally), come what may!

Seriously, how do you not fall in love with this country?

Portugal foods and drinks to sample on your next trip

Now that you know a bit more about Portuguese gastronomy and our eating habits, we invite you to add a Porto Food Tour to your vacation plan in order to make the most of your time in town. A Food Tour is the best way to get a proper introduction to a place’s gastronomical scene, using history, architecture, and culture as background. 10+ Portuguese Cheeses you have to try before you die
Read more... 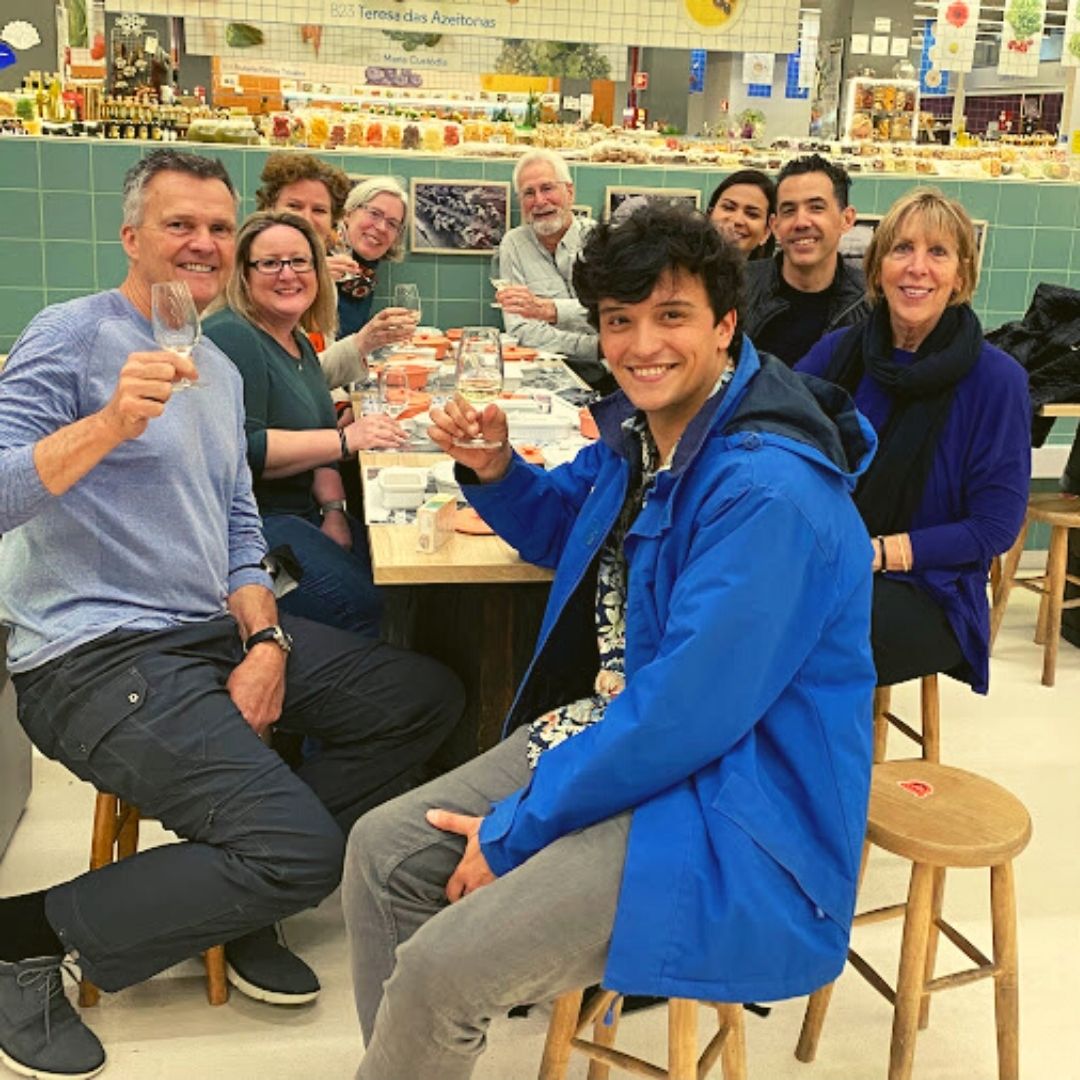 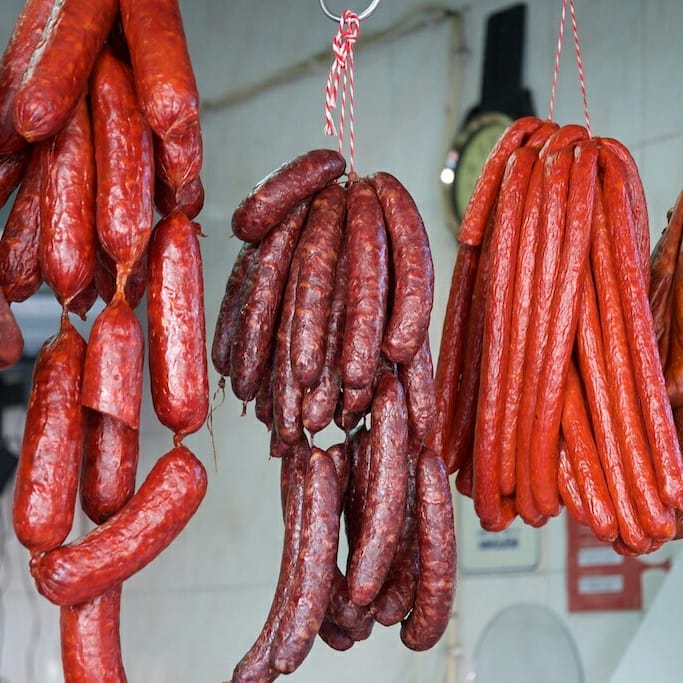